Today, September 30th, is Orange Shirt Day. This day honours the Indigenous children who were sent to residential schools and acknowledges the horrendous impact of that system that continues today. I live in the Downtown Eastside (DTES) of Vancouver and the other day I bumped into my friend, Kelvin Bee. When he mentioned Orange Shirt Day I was dismayed to realise I was unaware of this event. To learn more I asked Kelvin if he would share his story and allow me to take his portrait. Here is a very brief account of Kelvin’s story. We met at the Ovaltine Cafe on Hastings Street, a colouful hangout in the DTES.

Kelvin Bee is from the Kwakiutl Nation and was born in the month of July 1962.  His birth was literally on the seas as his parents were on their way by boat from their ancestral homes of  Mimkwa̱mlis (the name means “village with rocks and island out front” or in English Village Island) to the hospital in Alert Bay.

Kelvin lived with his parents on Village Island until he was sent at the tender age of four and half years old (due to the Federal Governmental Policy that all Indigenous should be sent to Residential Schools) to St Michael’s Indian Residential School in Alert Bay. He had no contact with parents during these days and as he was too young for school Kelvin had to do chores and sit on his bed. Some of his older sisters and brothers were at this residential school, but familial ties were discouraged or even forbidden. He went home that summer but already he was losing his mother tongue the Kwak’wala language. Kelvin was at St Michael’s Indian Residential School for 4 years and then he was sent to Port Alberni Residential School. Sometimes he could be sent home for the whole summer, but this was  very unpredictable and on the whim of the person in charge.. His parents were not informed of his whereabouts. At the age of approximately 10 years old he was again transferred to St Mary’s Residential School in Mission, which is on the mainland of British Columbia. He recalls that during this transfer at Vancouver he saw some luxurious coaches and he thought wow that will be nice to travel on, to slowly come to the bitter realisation that he and his fellow companions were being loaded into the cattle cars:  no seats, dirty floors and it was very cold for the journey.  Kelvin’s parents had been mandated to leave their ancestral home and live in Vancouver and on the occasions he was allowed to visit them, he could only stay for 24 to 48 hours. Outside this time he was placed in foster care until he was returned to residential school.

I asked Kelvin how this had affected him and his family. He told me: “It broke our family really bad, but I came from a good family so we survived it. I carry hidden secrets all which have affected my emotional, mental and sexual health. At Alert Bay Residential school as a young child, I was told my mother was a whore and my father was a drunkard and then I was made to repeat those words. It is important that Canadians learn of the 150 years of abuse that the Indigenous Nations suffered. As an individual, I do not hold today’s priests and nuns accountable they are not from yesteryear. I am a parishioner of St. James Anglican church in the DTES.” 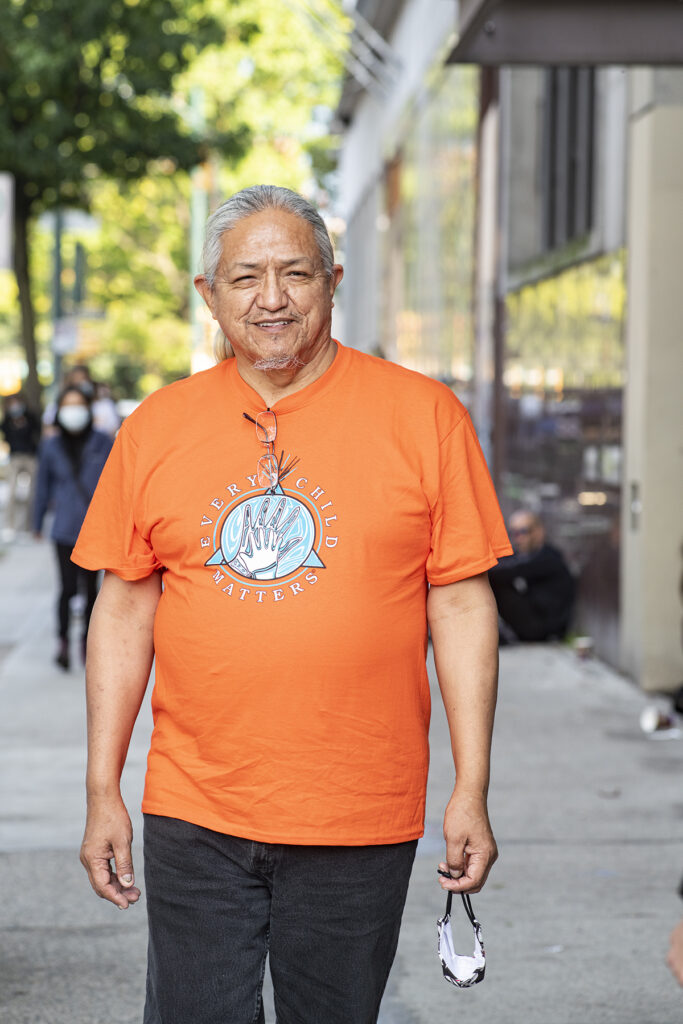 After our conversation and portraits, I left Kelvin who was helping out at the Aboriginal Front Door’s Orange Shirt Day lunch service. 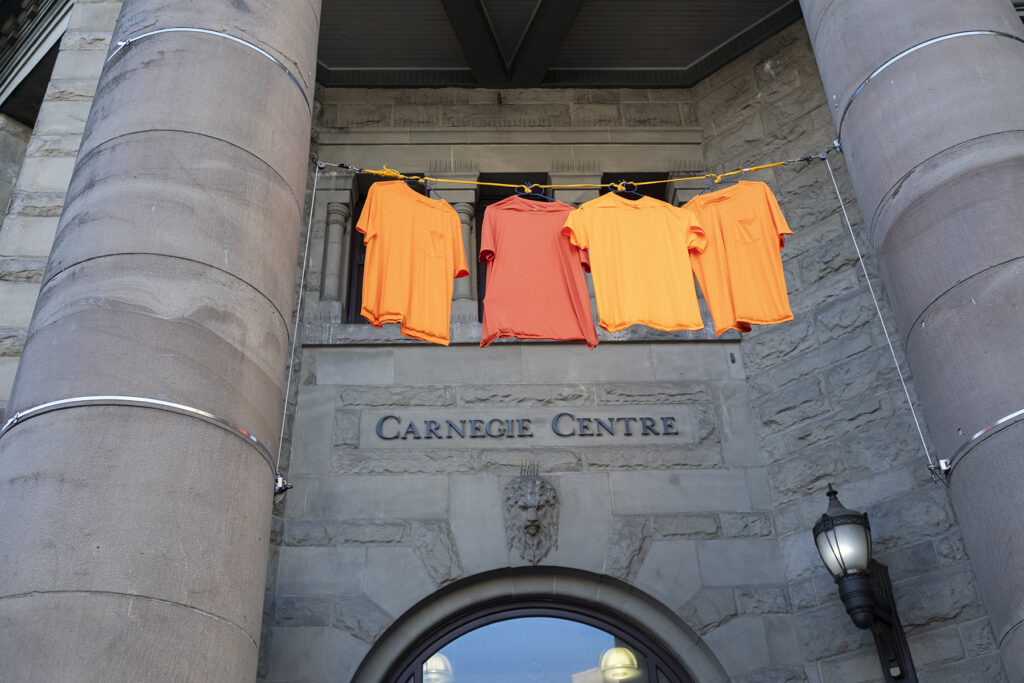